As an island country in the Indian Ocean, Sri Lanka is highly vulnerable to the impacts of climate change. An estimated 50 percent of its population live in low-lying coastal areas and are at risk of rising sea levels, flooding and drought. For Sri Lanka, the urgency for climate action is drastically intensified. 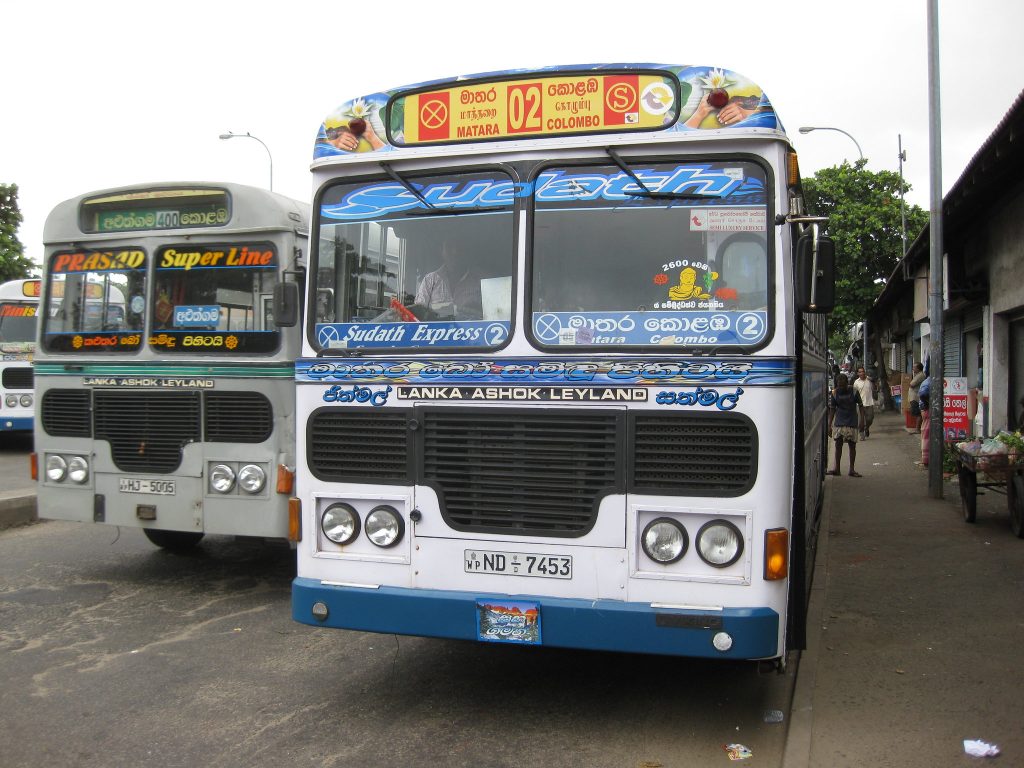 In 2008, the government established a Climate Change Secretariat and later a National Climate Change Policy which, not surprisingly, highlighted adaptation as a national policy priority. Through the ratification of the Paris Agreement and submission of its Nationally Determined Contribution (NDC), Sri Lanka committed to reducing its greenhouse gas emissions against a business-as-usual scenario by 20 percent in the energy sector and by 10 percent in other sectors – including transport, industry, forests and waste – by 2030.

With the momentum and desire to deliver on its commitments, Sri Lanka partnered with the Initiative for Climate Action Transparency (ICAT) in 2018 to design a national Monitoring, Reporting and Verification (MRV) system for the transport sector and revise transport related NDC actions.

Central to all ICAT projects, broad consultation with national stakeholders took place to identify the country’s most pressing climate action transparency priorities. These discussions highlighted strong progress on tracking and reporting climate action in the energy sector, but identified the transport sector as an area in need for further support – the transport sector is Sri Lanka’s second highest greenhouse gas emitter throughout the country.

With no historical transport data sets available, the development of the country’s first ever monitoring, reporting and verification (MRV) system for climate change is a necessary first step to enable the government to collect the required data which originates from several different ministries and agencies.

To support efforts to improve the availability and quality of climate-related data and build a robust MRV system for Sri Lanka’s transport sector, ICAT and its partners began work immediately.

In partnership with the Climate Change Secretariat of the Ministry of Mahaweli Development and Environment, and the Ministry of Transport and Civil Aviation, ICAT initiated a review of existing data and institutional arrangements within the transport sector. Extensive consultations with stakeholders, including all relevant ministries and institutions, contributed to the design of a centralized MRV system, assigning relevant roles and responsibilities, and developed a roadmap to operationalize the new system.

To ensure the impact of the project in Sri Lanka is sustained over the long-term, there was a heavy focus on awareness creation and capacity building. Through an additional three consultation workshops, ICAT provided an opportunity for national and subnational stakeholders to share information on data availability and collection, discuss revised transport NDCs and indicators, and validate institutional relationships for MRV.

“The inclusiveness of the ICAT Project generated strong buy-in and support from officials and other stakeholders in the transport sector and a feeling of pride to contribute to meeting a global challenge.”
H. M. Buddika Hemashantha
CEO, Climate Smart Initiatives

As part of its work, ICAT provided training on the use and application of ICAT’s Assessment Guide for Transport Pricing as well as the Greenhouse Gas Abatement Cost Model (GACMO) to provide a better understanding of emission policy impacts.

The application of the ICAT Assessment Guide enabled Sri Lanka to assess the greenhouse gas emission effects of transport policies in the electric and hybrid vehicles sub-sector. This included an assessment of fuel subsidy removal, increased fuel tax or levy, road pricing (tolls and congestion charges) and vehicle purchase incentives for more efficient vehicles. Identifying the greenhouse gas effects of implementing various policies and actions in the transport sector helped the government review and revise a number of its transport sector NDCs.

A particularly remarkable result of the ICAT project in Sri Lanka came from the application of GACMO. By using the modeling tool, the Sri Lankan government was able to use newly gathered data on greenhouse gas emissions in order to mobilize additional funding for other climate action initiatives.

Applying data gathered through the MRV framework established, GACMO was used to prepare an emissions baseline for the transport sector, support estimates for mitigation options and facilitate an ex-ante assessment of priority NDC actions. Reflecting on the importance of improved data, Buddika Hemashantha, CEO of Climate Smart Initiatives, stated: “The improved data from the MRV system is crucial in choosing the most effective climate action and for prioritizing actions.”

Overall, the ICAT project resulted in an improved level of awareness and engagement with climate action transparency from a wide range of national and subnational stakeholders. Enhanced transparency on climate actions and greenhouse gas emissions is expected to support Sri Lankan policy makers develop and approve new, enhanced sustainable national development and climate change projects. Enabling local ownership of the project, ICAT has helped pave the way for projects of this sort to be implemented in other key sectors in Sri Lanka and has helped strengthen national capacity to meet the requirements of the enhanced transparency framework of the Paris Agreement.

Moving forward, Sri Lanka will fully operationalize the transport sector MRV system and implement the approved roadmap. ICAT will continue to provide additional support focusing on MRV and NDCs within the energy, transport and waste sectors, which together account for nearly two thirds of Sri Lanka’s greenhouse gas emissions.