Bordering the Indian Ocean, Mozambique is considered one of the most climate vulnerable countries in the world. While diverse in natural resources, droughts, floods and tropical cyclones pose a significant threat to the country’s growth and development. 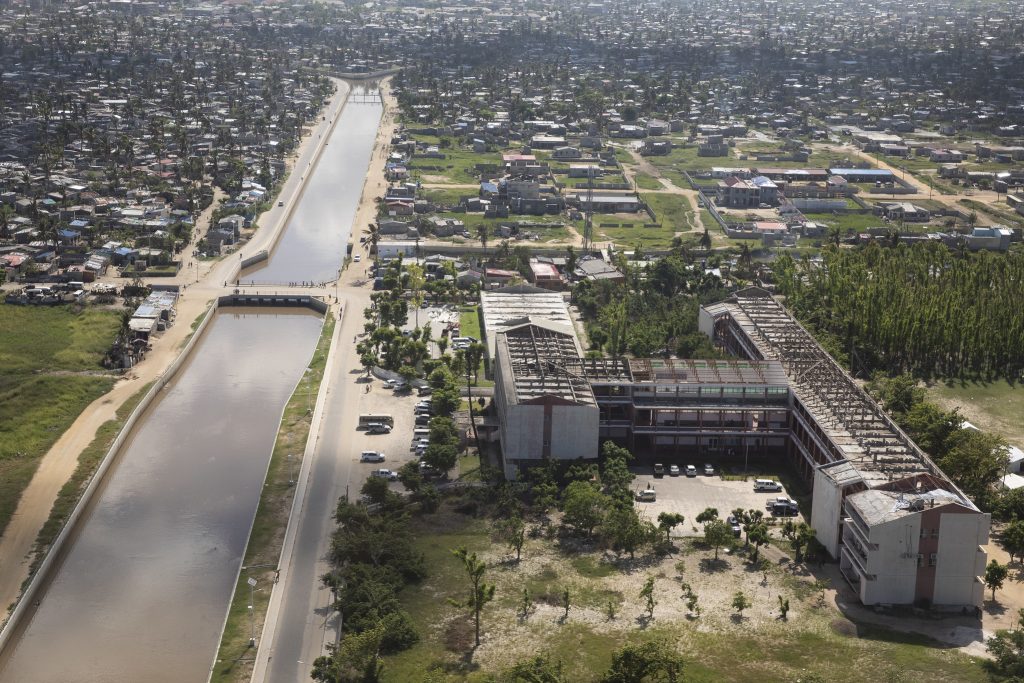 In addition to extreme weather events, an estimated 80 percent of Mozambique’s population relies on traditional biomass, such as firewood and charcoal, as their primary energy source – with the demand for conventional biomass only increasing due to population growth and rising poverty.

In recent years, the government has shown increased focus on climate resilience and action through the development of policy initiatives such as their National Climate Change Adaptation and Mitigation Strategy (2013-2025) as well as their National Determined Contribution (NDC) in line with their commitment to the Paris Agreement.

In order to meet these commitments and implement their plans, however, Mozambique needed a stronger monitoring, reporting and verification (MRV) system.

The Initiative for Climate Action Transparency (ICAT) was eager to partner with the government of Mozambique to do just that.

Over the course of two years, ICAT worked with the government to identify the barriers and limitations of the current national MRV system. A concerted participatory approach, including regular workshops and consultations, helped to engage a variety of stakeholders and ensured all had a seat at the table. Together, a road map was developed to overcome barriers and to help establish an improved MRV system that can meet the requirements of the Paris Agreement’s Enhanced Transparency Framework – and help the government to reach its long-term national development goals.

The ICAT project was able to create greater awareness of the need for a strong MRV system, leading to acknowledgement among a wide variety of stakeholders of the importance and value of having such a system in place. The involvement of senior representatives such as the National Director of Environment and the Permanent Secretary, helped create the political momentum needed to advance this kind of work in the country.

The government therefore applied in combination ICAT’s Renewable Energy and Sustainable Development Assessment Guides to assess the impact of selected national policies and actions. An in-depth analysis of the country’s Renewable Energy Feed-in-Tariff policy and nationally appropriate mitigation action (NAMA) on promoting a sustainable charcoal value chain in Mozambique – both a first of its kind for ICAT – revealed to the government the beneficial impacts of implementing the policies. For example, the expected impacts showed that actions tied to NAMA – including introducing improved kilns, sustainable forest management, briquetting of charcoal waste and torrefaction – could lead to 119 percent emission reductions by 2025, and 113 percent reduction by 2030 when compared to a business-as-usual scenario.

"The ICAT methodologies applied were fit for purpose - they were relevant and useful. They allowed us to identigy the best mitigation for the country."
Isidro Fote
Climate Change M&E Expert

What is most remarkable are the wide range of sustainable development co-benefits that were identified. In a study, undertaken by the Eduardo Mondlane University in Maputo, the analysis showed that the proposed actions could also increase income opportunities, improve gender equity, create jobs, increase school enrolment and increase revenue for the District Services of Economic Activities.

But identifying the need for a stronger MRV system and highlighting the significance of climate mitigation policies only take the government so far. A focus on building institutional capacity – a key pillar of ICAT’s approach – was identified early on as a priority to help Mozambique make effective climate actions and policies.

By working side-by-side with the relevant government ministries and departments, ICAT provided training to build national capacity for establishing business-as-usual and emissions reduction scenarios based on the implementation of specific mitigation actions. As the ability to monitor and report on climate action and support at the national and international level is equally crucial, targeted training was also rolled out. This work to build national capacity remains at the heart of the ongoing Phase II of the project.

Luis Buchir, former National Director of Climate Change, said: “the Phase II project will respond to the critical need to support the strengthening of institutional capacity in Mozambique so we can meet the requirements of enhanced transparency under the Paris Agreement and strategically monitor our progress in implementing our NDCs.”

Through its work, ICAT has helped to reinvigorate national efforts to comply with the UN Framework Convention on Climate Change requirements and helped prepare Mozambique to update and track the implementation of its NDC. Through the application of ICAT methodologies, the project has further highlighted the positive impacts climate policies can make on national development issues, while simultaneously building institutional capacity. Collectively, the work is boosting momentum for enhanced transparency and building the foundations for effective climate action today, and well into the future.

Phase II of the project is expected to run from 2020–2021 and will further support the continuation of Phase 1 with a focus on establishing formal institutional arrangements for climate transparency activities and secure sustainable capacity building efforts through the development of a robust training programme.